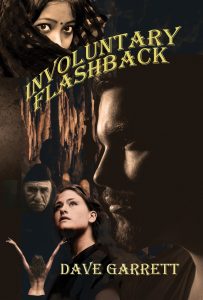 Faced with a taboo cohabitation and spurious accusations of communist collusion while assigned as a Special Agent to the New York City Field Division of the FBI , Rod Weyhengrubber forcibly resigns and forms his own Private Investigation Firm. His recruited team, aside from the myriad of routine PI matters, focuses on the largely ignored but overwhelming number of New York’s missing person cases involving family fractured juvenile runaways and minor film actresses and extras. Investigative findings lend to the suspicion that some are being systematically targeted and abducted for sexual exploitation in foreign venues. The Nineveh Foundation for the Arts, an Iraqi subsidiary of Nineveh Oil, is determined to be a cover for a corrupt organization actively engaged in kidnappings after, stalking selected targets. The Chief Fiinancial Officer, Sean Healy, an IRA/Émigré Mafia Link, botches a grab in Eastside Manhattan which results in a bloody shoot out, ultimately killing Healy, two hired thugs, and Rod’s paramour, Ida. PI Lilly Donnelley is seriously wounded, but two of his targeted employees, Maude and Matia, are successfully snatched.

Denied aid by an indifferent FBI and New York Police Department, who rule the matter a mob-hit, Rod goes rogue.  By trolling within Ibrahim’s ruthless wake of murder, fratricide, and deviant acts, in order to safely locate and liberate sexually exploited abductees, he is aided by a Gypsy clairvoyant, who divines the remote location of a secret pay for play club tucked within the eastern range of Morocco’s Atlas Mountains. Never out-paced from subversive plotting or meddling in a crisis, the KGB independently learns and grasps the significance of the power source.  But with details furnished by Rod and independent source information, the CIA has placed the matter on the front burner.  Both agencies engage in clandestine tactics to out flank one another with intent on a surreptitious grab.  A chaotic three-way armed conflict postures, threatening global escalation. To add further chaos to the mix, Rod is independently confronted by Aurore, a mysterious lady from the shadows, who states with conviction that the place must be destroyed, since Earth’s governments are incapable of peacefully managing such power. Any actions to follow through with her request flaunts treason, but Rod is further stymied by questions regarding her reality. Is she real or a PTSD creation?